A few years ago after the Boston bombing a dear friend of mine, Linda Chorney, asked me to paint a portrait of the little boy that was killed, Martin Richard, and send it to his family. I did. She wrote and sang a lovely song about him ( https://www.youtube.com/watch?v=yb8K4xcWTJU ) On August 16, 2017 in Boston, there was a ground breaking ceremony to build a children's park in his name. I was very surprised to see the portrait was unveiled at the ceremony. The picture below, is (right to left) of the Governor of Massachusetts, Gov. Baker, the mayor of Boston, Mayor Walsh, the priest of the church where the family worshipped, the father of the boy, Bill Richard and yours truly in the hat...I wasn't told ahead of time it would be used, so I was REALLY surprised and incredibly honored. 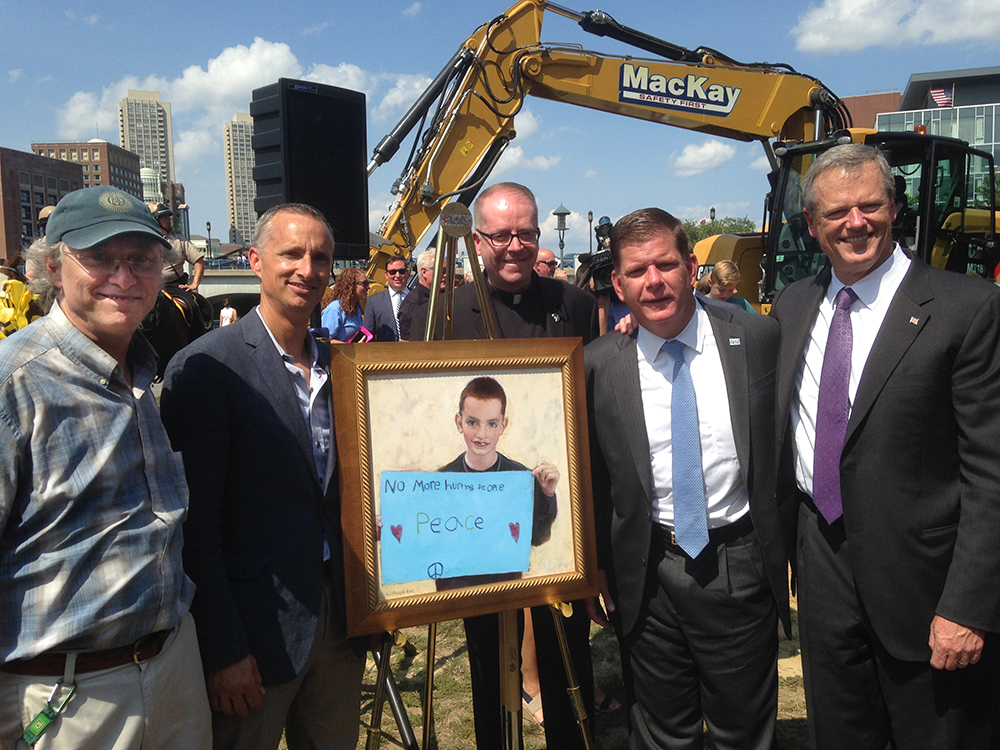